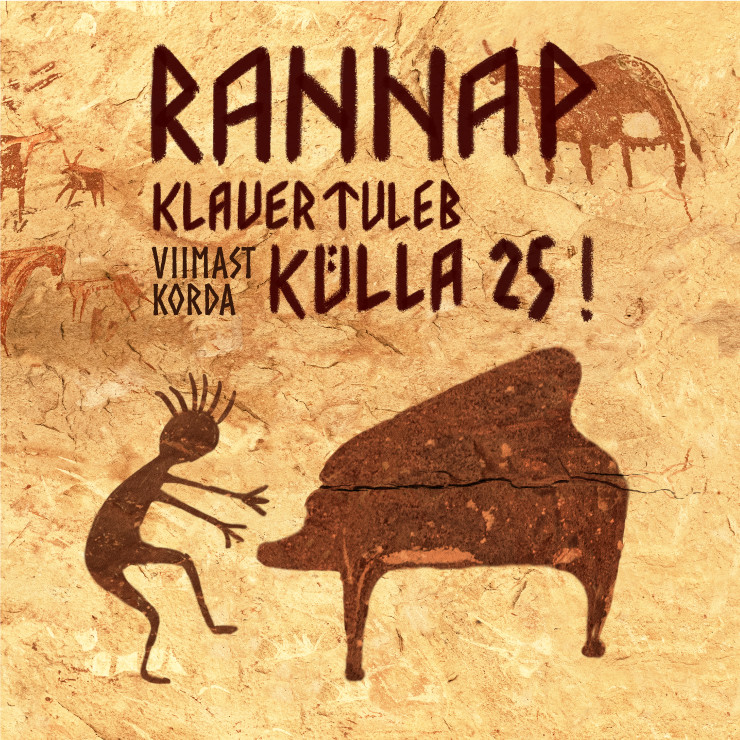 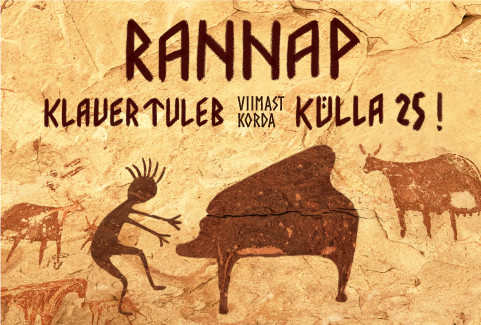 Rannap and the piano belong together, like an Estonian soil and Estonian heart. In the month of June this year lifts The Son of a Piano again – after a 12 years break – his piano

to his shoulders and is going to fill 15 Estonian churches with a beautiful music, performing the most beloved melodies from his previous tours and his new pop music, the latter even on four different keyboards. This tour, being a jubilee tour, is going to be also the last one.

The intriguing sound show is a joint effort of four transport workers, a piano tuner, a sound engineer, musical instruments, sound- and lighting equipment. The church halls also support music with an echo reflected from their walls. A very special atmosphere is created by wonderful Estonian summer, the ancient churches and, of course, Rannap’s spirited performance and his musical language that always is seeking the beauty and clarity.

The concert will feature mainly Rannap’s pop-inspired works: most of the program is filled by the best pieces from previous tours, beginning from the most popular piano work by Rannap: „Dancing on the Piano“. Further – „Sunshine Piano,“ „The Child Gazing at the Starry Sky,“ „The Jubilation of Bells“ etc. The piano settings of Rannap’s evergreen songs are recalling the tours with the singers.

From the creation of ohter composers we will hear the best known classical melodies from the tour „Honey-melodies,“ like „Für Elise,“ „Moonlight Sonata,“ „Turkish March,“ „Raindrop“ Prelude etc.

Almost half of the program belongs to Rannap’s brand new creation, which will sound - with a little help from a looper - „simultaneously“ on four keyboards. In addition to the concert grand, there will be another grand piano that is "prepared" by placing different objects between the strings, to change the sound of the instrument beyond recognition: we hear percussion - from pop to exotic countries. Harmonium creates a nostalgic, archaic sound painting. And the synthesizer – it connects us on the one hand with a contemporary electronic music, on the other – it helps recreate the sound of older instruments, like cembalo, celesta and Hammond organ, which would be too difficult to transport. In terms of genre, it can be called a mix, a crossover: it is today’s pop music set on classical instruments.

The concert is without an intermission, duration is an hour and a half

It is not suitable for small children.